In case you were worried, we should clarify that the original owner and Seinfeld “Soup Nazi” character inspiration Al Yeganeh has NOT been charged in this case. Rather, the company’s (Soupman, Inc.) CFO Robert Bertrand has.

Apparently Mr. Bertrand has been “cooking the books” by paying employees in cash and stock in order to avoid the company’s tax obligations. The IRS estimates that based upon the amount paid “under the table”, the lack of Social Security, Medicare and Federal income tax deposits have led to a shortfall of about $600,000 in lost tax revenue.

The IRS estimates that $2,850,967.59 was paid to employees by the company in cash and unreported stock. By not paying at least the Trust Fund portion of payroll tax liability (that is the amount of Federal withholding, along with the employee’s share of Social Security and Medicare), not only is the company liable, but the IRS will also hold personally liable, anyone who decided to use the Trust fund portion of payroll taxes owed for anything other than paying the IRS. This personal assessment is referred to as “Civil Penalty”. We assume that in addition to criminal charges, Mr Bertrand was deemed a responsible person.

This is a clear cut illustration of a large scale payroll tax problem in which an employer for whatever reason, does not pay their tax. Maybe the lack of payment is based on refusal to do so, but more often these issues can be attributed to inability to pay.

In most instances, business owners get into trouble with regard to cash flow. This pile of cash laying around facilitates the “borrowing” of funds from the IRS. Of course, the business owner has full intent to make up the payments ______________ (fill in the blank…next week, next month, next period, next year)…you get the picture.

The real issue here is that business owners are withholding their employee’s tax money and using it for their own purpose, be it business or personal. Keep in mind that the government will give credit for withholding to the employee, regardless of whether or not they ultimately receive the funds. This is the right thing to do with regard to the employee, but causes the IRS to get hit with this problem twice. To say the least…they don’t like this.

If things don’t turn around for these companies soon after the deposits stop being made, the liability grows (exponentially) and the employer most likely will never catch up. This causes an eventual shut down of the business. As you may guess, shutting down the business itself does not make the problems go away. Remember what you read above. The responsible person/s are held personally liable for the Trust Fund portion of the liability via a “Civil Penalty”. The good news is there are ways out. The key is to act quickly. If not you too could face criminal action.

Matthew Cohen is a partner at the Tax Resolution Institute. 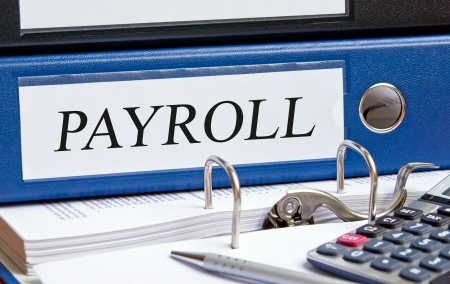 Article Name
"No Soup for You!"...The Company that Inspired Seinfeld Character has Big-Time Payroll Tax Problems!
Description
In case you were worried, we should clarify that the original owner and Seinfeld “Soup Nazi” character inspiration Al Yeganeh has NOT been charged in this case. Rather, the company’s (Soupman, Inc.) CFO Robert Bertrand has.
Author
matt cohen
Publisher Name
Tax Resolution Institute
Publisher Logo