Did you know that not filing IRS tax returns often triggers IRS collection and in extreme cases can lead to criminal investigation?  In the first part of this two-part article, the Tax Resolution Institute will illuminate the process of how the IRS investigates these type of cases.  If you failed to file your tax return, we will show you what happens and the first steps taken by the Internal Revenue Service.  We will also explain why you need to take action by accessing the help of a qualified professional.  In the second part of this article, we will delve deeper by discussing potential criminal consequences.

Did you know that most non-filing investigations initiated by the IRS result from computer matches?  Always evolving their 21st Century cyber capabilities, the IRS uses both the “stop filer program” and the “non-filer program” to discover tax return delinquencies.  These two categories trigger a large number of investigations.  A delinquent taxpayer is always better off addressing their issue voluntarily rather than waiting for the IRS to take action. 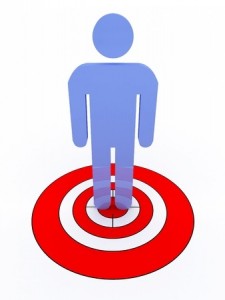 To elaborate on the categories listed above, if a taxpayer has filed tax returns in the past but subsequently fails to file returns for one or more periods, he or she is identified as a “stop filer”.  If the IRS receives tax information documents indicating the taxpayer earned income (i.e. W-2s and 1099s) but did not prepare a return, they will be identified as a “non filer”.  In most cases, the IRS will initiate a non-filing check 12 months after Form 1040 (individual income tax return form) is due for a “non-filer” and 4 months after the due date for a “stop filer”.  In the case of business taxes and payroll taxes (i.e Forms 1065, 1120 and 941), an IRS delinquency check begins 8 weeks after the due date of the business tax return.

As a start, the IRS will attempt to secure returns from “non filers” and “stop filers” by sending computerized notices requesting that the returns be filed.  If the taxpayer fails to file in spite of receiving the computerized notices, the IRS may follow up in several different ways. They may prepare a Substitute for Return (SFR) for the taxpayer based upon income and mortgage information they have received from payers and lenders.  You do not want the IRS to prepare an SFR because SFRs fail to include allowable deductions showing higher net income than you actually earned; and also fails to include tax credits.  In some instances, particularly if the amount owed is over $20,000, the IRS will assign the matter to an IRS Revenue Officer for field investigation.

The Internal Revenue Service delinquency check will normally result in the IRS issuing four computerized notices relating to forms 1040 over a six-month period. In the case of business taxes, the Internal Revenue Service will normally issue three notices spaced over a 22-week period. When it comes to delinquent payroll tax deposits, the IRS considers the appropriation of your employee’s trust fund as if you stole that amount from the government.  The IRS takes this action seriously and you never want to be in their cross-hairs when it comes to the Trust Fund Recovery Penalty (TFRP).

In the second part of this two-part series, we will examine in detail some of the potential criminal consequences of not filing your tax returns with the Internal Revenue Service.  Unfiled IRS tax returns will come back to haunt you sooner or later.  Given the financial state of the federal government, sooner is more likely than later.  If you need tax resolution help, call the Tax Resolution Institute at (818) 704-1443 or email us at info@taxresolutioninstitute.com.