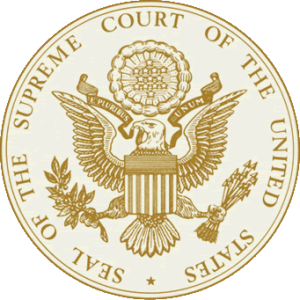 On June 12, 2014, the United States Supreme Court ruled in In CLARK et ux. v. RAMEKER, TRUSTEE, et al that funds held in an inherited IRA (Individual Retirement Account) are not retirement funds within the meaning of Section 522(b)(3)(C) of the Bankruptcy Code. As such, these funds are not exempt from the IRA holder’s bankruptcy estate and are subject to the claims of creditors in the proceedings. For tax purposes, the Tax Resolution Institute believes this is an important case in regards to using a bankruptcy as a way to avoid tax resolution issues. If the inherited IRA cannot be excluded, shouldn’t those funds be used to settle a delinquent tax case and the claims of other creditors without resorting to bankruptcy?

The facts of the case are clear: Ruth Heffron established a traditional IRA and named her daughter, Heidi Heffron-Clark, as the sole beneficiary. Upon Ruth’s death, the IRA became an inherited IRA. Years later, Heidi filed a Chapter 7 bankruptcy petition and claimed the inherited IRA of roughly $300,000 was excluded from the bankruptcy estate as a retirement fund. The Bankruptcy Court concluded that an inherited IRA does not share the same characteristics as a traditional IRA and disallowed the exemption.

The District Court reversed, believing the bankruptcy exemption covers any account in which the funds were originally accumulated for retirement purposes. The Seventh Circuit reversed the District Court. After a split in opinions among the circuits during the appeals process, the issue ended up being resolved by the Supreme Court.

In a unanimous decision written by Justice Sonia Sotomayor, the Supreme Court concluded that retirement funds are “sums of money set aside for the day an individual stops working.”

The identified three characteristics of inherited IRAs, which compel the finding that such funds are not for retirement:

As a result, the balancing of the interests of creditors and debtors must favor the creditors insofar as inherited IRAs are concerned. This is problematic because many IRAs are meant to be distributed. If the original IRA owner dies before they are required to begin distributions, or over the balance of the IRA owner’s distribution period, if distributions already commenced, those assets will be vulnerable to bankruptcy creditors.

This decision is consistent with the purpose of the Bankruptcy Code’s exemption provisions, which effectuate a careful balance between the creditor’s interest in recovering assets and the debtor’s interest in protecting essential needs. Nothing about an inherited IRA’s legal characteristics prevent or discourage an individual from using the entire balance immediately after bankruptcy for purposes of current consumption.  The retirement funds exemption should not be read in a manner that would convert the bankruptcy objective of protecting debtors’ basic needs into a “free pass, “Schwab v. Reilly, 560 U. S. 770, 791. Pp.6-7.

While rollover IRAs can be used effectively to reduce income tax liability by spreading distribution over a longer period of time, other strategies may be preferable. This is particularly true when the beneficiary could be vulnerable to creditors or tax issues. A trust can ensure control over ultimate disposition, while still allowing for the necessary flexibility in distributing assets among individual beneficiaries. If you have questions about an inherited IRA, bankruptcy problems and/or tax resolution challenges, please contact the Tax Resolution Institute at