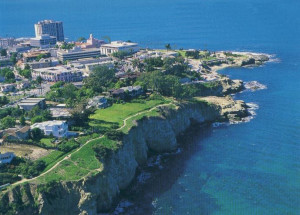 If you live in La Jolla and you have a serious tax problem either with the Internal Revenue Service or the state of California, the Tax Resolution Institute combines a record of experience and expertise in relation to providing genuine tax relief. Whether you have a personal income tax debt or a delinquent payroll tax debt, the Tax Resolution Institute can help carve out a path for you that will resolve your tax problems and restore your financial freedom.

Although La Jolla is a bastion of exclusivity, both residents and companies have suffered in the recent economic downturn. The combination of a high cost of living and the financial difficulties of the state of California has resulted in a number of challenges. At the Tax Resolution Institute, we have seen such problems before and we know how to resolve the tax problems that seem to coincide with such difficulties. If you live in La Jolla and you have serious income tax problems with either the IRS or the California Franchise tax Board, contact us today for help.

An affluent hilly seaside resort community, La Jolla is characterized by a curving coastline along the Pacific Ocean in Southern California within the northern city limits of San Diego. The 2004 estimated population was 42,808. La Jolla is surrounded on three sides by ocean bluffs and beaches and is located 12 miles north of Downtown San Diego. La Jolla’s unique 92037 ZIP code allows addresses to read La Jolla, CA and is the only community within the City of San Diego so recognized. This nomenclature sometimes leads to the erroneous conclusions that it is a separate city from San Diego.

La Jolla had the highest home prices in the nation in 2008 and 2009, according to a survey by Coldwell Banker. The survey compares the cost of a standardized four-bedroom home in communities across the country. The average price for such a home in La Jolla was reported as US$ 1.842 million in 2008 and US$ 2.125 million in 2009. As the California economy has slid into a morass and home prices have dropped, many families have found themselves caught between a rock and a hard place.

Known for its beautiful coastline, one of the most famous beaches in La Jolla is named Wipeout Beach. As a resident of La Jolla, you should be able to enjoy the beach without the fear of your economic viability and financial future being wiped out. If you are experiencing back income tax problems with either the Internal Revenue Service or the California Franchise Tax Board, it is a mistake to stick your head in the sand and hope the problem will just go away; the simple truth is that it will not. If you take the action and contact us, we can help with a free consultation.

The economic engines of La Jolla are tourism, dining, and shopping. The nonprofit La Jolla Town Council represents the interests of La Jolla businesses and residents that belong to the Council. A majority of business ventures in California in general and in La Jolla in particular have been affected by the recent economic downturn. From such difficult circumstances, it is not surprising that delinquent payroll tax problems arise. When your business experienced such a crisis, you may have made the mistake of a temporary loan from the payroll tax withholdings in order to cover unexpected expenses. Such a choice can be the beginning of the end for a company because either the IRS or the California Employment Development Department will close your doors and hold you personally responsible. In fact, they can levy your bank accounts and seize both your personal and business assets to cover a payroll tax debt.

Without question, the Tax Resolution Institute is the preeminent tax resolution firm when it comes to addressing both back income tax problems and payroll tax debts in La Jolla. With our excellent record of zero client complaints and the offer of a free consultation, the best action you can take is to take the first step. What remains so frustrating is nothing seems to be more paralyzing than a tax debt. From experience, we know it is not going to just go away. If you want to restore your financial independence and get back on the right track, please take that necessary step now and contact us today.